**Warning: Contains spoilers from the Wano arc of One Piece.**

With One Piece on its hiatus until July 27th, many fans of the show may be disappointed with the lack of content. However, there is certainly plenty to look forward to for One Piece this year as the live-action remake recently wrapped up filming, and the new animated movie, One Piece Film: Red will be released in August.

The first member of Monkey D. Luffy's team, Roronoa Zoro is well-known for his expert swordsmanship. His dream is to be the world's greatest swordsman and each fight he wins brings him another step closer to that goal. Zoro has mastered a number of techniques during the Straw Hats' adventures and his best ones have not only helped along the way but are simply awesome to watch.

The Black Rope Dragon Twister is one of Zoro's techniques he doesn't use often but helped demonstrate his progress during the time skip. Zoro first uses this technique on Fishman Island by using all three swords to create a massive twister that entraps his enemies.

RELATED: Every Straw Hats's Most Emotional Quote In One Piece

Not only does this attack blaze through enemies but it easily cuts through steel.  Zoro's attacks often relate to themes such as dragons and the underworld. One of the Fishmen even says that Zoro's attack was like the Grim Reaper's scythe, one of the many foreshadows of Zoro's soon-to-be title "the King of Hell."

For this attack, Zoro's muscles grow larger as he utters "One Gorilla" and "Two Gorilla" and then proceeds to use the attack on his target.

This technique is intended for the two sword styles and allows Zoro to utilize all of the strength in his arms as well as the swords. He first uses this against Kaku in Enies Lobby, an attack that Kaku tried to counter but was thrown backward instead. It is not only a strong and powerful attack but it is rather spectacular to witness.

Throughout the series, Zoro is slowly accumulating mastery of skills that allow him to defeat stronger opponents. One of those abilities is the flame-rend.

The continual mastery of the Foxfire Style allowed Zoro to slice through flames. He first demonstrates this against Prometheus, protecting Luffy as he cuts him in half. He continues to evolve this technique against Prometheus and later utilizes this ability alongside his Conqueror's Haki in his battle against King, making him one of the strongest wielders in One Piece with Conqueror's Haki.

This is one of Zoro's less flashy techniques, but the lead-up to the usage of the technique alone was chilling. In the early parts of the New World, Zoro doesn't struggle too much, even with fewer skills than most swordsmen, clearly showing he is one of the strongest swordsmen in One Piece.

Monet is an opponent who does not match Zoro's strength. Zoro uses the technique Dragon Quake against Monet, who believes Zoro wouldn't cut a woman. She is frozen in fear as she realizes that isn't true. Zoro slowly approaches and then runs, bringing his sword down in a powerful thrust that cuts Monet in two. Even the ground is affected by what seemed like a simple slash.

This technique has been used twice and both times it dealt some of the most dangerous blows in Zoro's arsenal. Flying Dragon Blaze channels power through a single sword and bursts his enemy into flames after attacking.

RELATED: 10 Crucial Pieces Of One Piece Lore Every Fan Needs To Know

He first uses this against Ryuma, defeating him with the technique. However, he also uses this against Kaido mixing both the Foxfire Style and his Conqueror's Haki into it. This attack scared even the Yonko and cut off one of the horns on Onigashima, cementing just how powerful it can be.

Zoro has been using this technique since the beginning of One Piece and it's about as iconic as Luffy's Gum-Gum Pistol. This is Zoro's most frequently used technique where he gathers all three of his swords together with the likeness of a horned demon.

While Zoro does use this technique quite a bit and many variations of it, he actually hasn't used it to take down a major character since Cabaji in Orange Town. He also failed to defeat Mihawk in one of One Piece's most dramatic battles and even had the weakness of the technique analyzed by the swordmaster. Still, there is no denying the significance of this technique.

108 Pound Phoenix was a huge milestone for Zoro as it was the first time he used an air slash with his blade. He does this first on Skypiea against Braham, easily dispatching him without having to get anywhere near him.

Braham clearly hadn't thought such a thing was possible and mocked Zoro for thinking he could cut him from being so far away. This is a technique that Zoro has constantly evolved throughout One Piece and has merged into other techniques, making it one of his best yet.

Despite Zoro being well-known for his Three Sword Style, he has used the One Sword Style to defeat his opponents many times. What is one of Zoro's most iconic moments is when he learns how to cut through anything and nothing.

RELATED: What Each Straw Hat Smells Like In One Piece

Overcoming the obstacle of slicing through steel, he adopts the One Sword Style and defeats Mr. One with a single slash. This fight and utilizing this technique is a prime example of how Zoro overcomes his limits and defeats foes that seem near impossible to beat.

Zoro's Nine Sword Style has been utilized a few times in the series and was most recently used in one of the best fights in the One Piece Wano arc against Kaido. This sword style allows Zoro the illusion of creating two extra Zoro's attached to himself.

With two extra Zoro's comes six extra swords. This is by far one of his strongest attacks and even leaves a wound on Kaido that he says will leave a scar. This technique is reminiscent of the Indic demigods' Asura who are powerful warriors that possess multiple arms and sometimes multiple heads. It truly is a spectacle to witness.

103 Mercies Dragon Damnation is the evolution of Zoro's latest technique that he uses to cut down King. It's a mixture of his Three Sword Style, Foxfire Style, and Conqueror's Haki, as well as further getting a hang on his sword Enma.

The name is also heavily reminiscent of the character referring to his new title as King of Hell, dragons, and samurai (which is fitting in the land of Wano). This technique overall is a representation of everything Zoro has learned thus far in the series, showing just how far he has come to earn his reputation as a powerful swordsman.

NEXT: 10 Real Pirates That Inspired The Creation Of One Piece Characters

ShareTweetEmail Next Stranger Things: 10 Characters Who Need A Bigger Role In Season 5 Related Topics About The Author 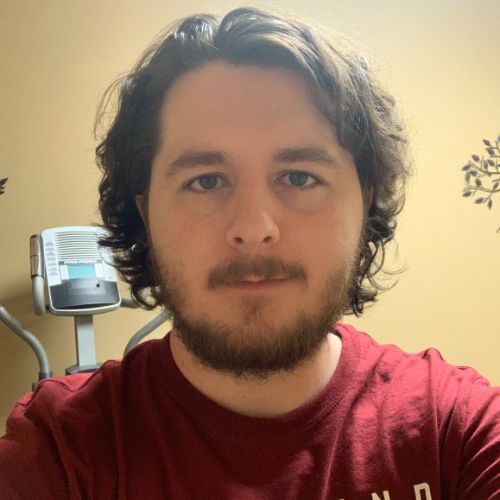 List Writer for ScreenRant since 2022. Caleb Greenough is a writer from Nebraska who spends much of his free time writing Fantasy and Horror stories. He has a B.A. from Wayne State College that he received in 2020 and an M.A. from Southern New Hampshire University he obtained in 2022. In addition to writing Fantasy, he is also a big fan of reading books like the Wheel of Time or playing games such as Dark Souls or the Legend of Zelda. He is also a big fan of anime and manga with his favorites being Code Geass and Dragon Ball Z. While he does spend a great deal of time writing, he only has one short story published. That and some of his other writings can be found on his blog. His biggest dream in life is to be an author with multiple Fantasy novels and novel series under his name.