Devilishly charming with a phenomenal ensemble cast to boot, DC and Warner Bros. finally did the comic conglomerate justice with Lucifer. Starring Tom Ellis as Lucifer Morningstar, the show proved its staying power through six thrilling seasons. But the best part of this series doesn't lie within its celestial storylines, but rather in its diverse characters.

From angels and demons to wayward cops and offbeat forensic scientists, Lucifer's cast of characters does more than enlighten the imagination. As with any fantastical world, it seems reasonable to judge their character personalities based on which Harry Potter Hogwarts house they might fit into. Who among Lucifer's cast is a courageous Gryffindor, a wise Ravenclaw, a loyal Hufflepuff, or a cunning Slytherin?

Updated on July 6, 2022 by Amanda Bruce: At one point in the Lucifer series, Amenadiel jokes with Linda about an "angel school" sorting his siblings into houses so they could learn the ways of heaven. Linda is excited by the prospect, even if Amenadiel is just teasing her lack of knowledge. It's this comment that likely sparked plenty of debate between fans about just which Hogwarts houses the characters would end up in. The angels and demons of the show are layered individuals, so sorting them between "good" and "bad" houses doesn't actually work.

When Eve is introduced, she's a bit of a schemer. She wants nothing more than to make Lucifer happy, though, and that is exactly what her schemes center around. And she's incredibly apologetic when she realizes her efforts aren't actually helping him. That staunch loyalty is very much in line with a Hufflepuff.

Hufflepuffs aren't just blindly loyal, though; they're also just and hard working. Eve works incredibly hard to understand modern Los Angeles, to learn how to solve a murder, and adapts to fit nearly every situation she's placed in. She isn't afraid of toil.

Though he is Lucifer's twin brother, he and Michael are very different angels. Michael isn't above lying to get what he wants, and he's incredibly manipulative of those around him. The lies and the manipulation, however, are all rooted in his ambition.

Michael sees Lucifer as his father's favorite. After all, Lucifer is "rewarded" with his own kingdom after he leads a rebellion against their father. Michael does some of the worst things in the name of being as important and as loved as Lucifer. Michael allows his ambition to guide him, which is exactly what a Slytherin would do in his situation.

The daughter of Lucifer and Chloe is a surprising addition to Lucifer season 6. With traits of both angels and humans, Rory is someone who follows her heart in all aspects of her life. Her heart and the pain of not having her father with her lead to her actually traveling back in time and creating a time loop.

Her emotions propelling her to huge adventure is very Gryffindor. Despite her ability to lie well, Rory wears her heart on her sleeve, as any Gryffindor would. She's a bit impulsive initially, but she also grows to understand the choices her parents make.

Of the angels, Azrael's calling might be as difficult as Lucifer's. She is responsible for taking the souls of the dead to where they're meant to end up. It's a lonely job for her as human beings are constantly dying, but she isn't afraid of hard work.

Her longing for a connection in spite of her commitment to her work sees her pretending to be a ghost to make friends with a human. Azrael even advises that human, Ella, to move to Los Angeles, placing her on the path to becoming friends with Lucifer because she wants them both to be happy. While there's a bit of the Slytherin cunning in her methods, it's a very Hufflepuff thing to do.

Gryffindors aren't just led by their emotions, but often also a sense of duty. The latter is definitely true of Remiel, who takes her life as an angel so seriously that she's willing to make the journey to Earth to find the new Celestial being born when Linda becomes pregnant with Charlie.

RELATED: Retro-Casting Lucifer If It Was Made In The '80s

Remiel is even willing to fight her big brother to fulfill her duty, but she's also bound by her honor. When she sees how much Amenadiel cares for his unborn child, and loses their match, she agrees to his terms. She's got that noble Gryffindor streak.

It can be hard to judge young characters, but Trixie is almost exactly the age she should be to first sit under the Sorting Hat. She wasn't on screen as much as the adults, but from what audiences have seen from her, she is a spunky and headstrong girl.

Perhaps she gets these traits from her mother, whose sharp intellect is one of her own key traits. Trixie also shows that she is open-minded and creative, which makes her a perfect candidate for Ravenclaw House.

Under the pseudonym Marcus Pierce, Cain returns as a pragmatic lieutenant whose eyes are set on two things: justice and his own death. Tired of living a human life, Cain constantly tests his immortality, which is burned onto him by God for being the world's first murderer.

While it might seem reasonable that Cain could belong to Slytherin, his willingness to die puts him at odds with Voldemort, meaning that maybe he is more like a Gryffindor. He's courageous enough to accept defeat when the time calls for it.

Dan is an LAPD detective and Chloe Decker's former husband. He has proven himself to be a remarkable father to Trixie, albeit a spotty worker when it comes to his job.

Despite his past lapse of character, one of Dan's best qualities is his loyalty. He strives for justice, particularly in regards to his departed girlfriend, Charlotte Richards. It's these traits that make Dan best suited as a Hufflepuff, despite his rough exterior.

Linda Martin's outward quirkiness might have people thinking of her as a Hufflepuff, but it's her fierce intelligence that would get her sorted into Ravenclaw. As a psychologist, Linda proves her wit and remarkable mind.

This is especially true when she is able to accept not only that Celestial beings walk among humans, but that people like Lucifer have more to them than meets the eye. Linda has an incredible ability to see things through different vantage points, giving no doubt as to where the Sorting Hat would place her.

Charlotte Richards is the vessel the Goddess of all Creation ends up in — and she is a Slytherin through and through. Her ambition and her cunning make her an excellent lawyer, but her experiences after the Goddess leaves make her realize that her ambition might have also led her to make poor choices. She turns her life around, using her cunning ways to help people instead.

As for Goddess, being the wife of God did not give her a mindset to see things as all sublime and holy. In fact, she has a general sense of untrustworthiness toward other people, which is why she appears to be so cold-hearted. She cares deeply about her family though, and she repeatedly returns to Lucifer's side even after he shuns her. She has an ambitious and cunning nature, much like Charlotte. The two are incredibly similar.

Ella is the eccentric forensic scientist at the Los Angeles Police Department. Throughout the series, she is very religious, though her beliefs begin to uproot after so many deaths. This major alteration doesn't seem to affect the premise of her being, though, and she remains loyal in her work, keeping high moral value. She's incredibly brave, placing herself in danger for cases and for her friends, more than once. All of that sounds like a Gryffindor.

RELATED: Orange Is The New Black Inmates Sorted Into Their Hogwarts Houses

However, Ella is also incredibly intelligent and creative. She is a fast learner who is fascinated by so many things. The Sorting Hat could have easily placed her in Ravenclaw. Just which house she would have ended up in would likely have been down to her temperament as a child. Her sense of adventure would likely have her choose Gryffindor.

It might seem easy to simply categorize all of the demons as Slytherins, but Maze is a true mascot for the house of Salazar Slytherin. She shows that she doesn't need any backup, as her agile mind and corrupt perspectives give her more than enough ammunition to take care of herself. On top of that, Maze knows almost no fear, so she is willing to do what it takes to get what she wants. She does have a softer side (especially when it comes to Trixie), but she knows how to readjust her emotions to take on her current goal.

The only other house that Maze could have ended up in would be Hufflepuff. After all, Maze is the one doing most of the work for Lucifer when it comes to maintaining order amongst demons and prisoners in Hell. She's also the one doing most of the work on Earth when he runs a bar. Maze is an exceedingly loyal friend who places honesty above all. If the Hat asked her to choose, though, Maze would have likely viewed Slytherin as the stronger house and picked it.

Amenadiel is a gentle giant. Despite being on the front line for God's elite angel crew in Lucifer, he has been courageous enough to step into his own path. He is chivalrous to the bone and is definitely one of the few that the other characters can turn to in a time of need.

Although Amenadiel has had to question his own journey throughout the series, the one thing that stays the same is his Gryffindor-like mentality to strive forward and defeat the odds.

Some defining qualities that suit Chloe well are her pragmatic attitude and strict sense of structure. Her work as a detective does give her some pull to be a Gryffindor, but it's her calculating mind that earns her a seat at the Ravenclaw table.

At first, she doesn't seem open to wild theories, but audiences see this change as she learns about Lucifer's true beginnings. With this new mindset, it seems clear now more than ever that Chloe is a Ravenclaw.

This may seem like a cop-out, but really, where else would Lucifer Morningstar fit in? Sure, he's courageous, he values truth and loyalty, and his cleverness always shines through, but it's his Slytherin characteristics that make this house the most fitting.

Lucifer lives a lavish lifestyle, one that he has been able to obtain as a human being through his slick maneuvers and determination. His most noticeable attribute is his ability to get people to tell him what they "desire," which becomes a convenient and invaluable resource for his role with the LAPD. All of these traits are the perfect ingredients to brew up a bona fide Slytherin.

NEXT: The 100 Characters Sorted Into Their Hogwarts Houses 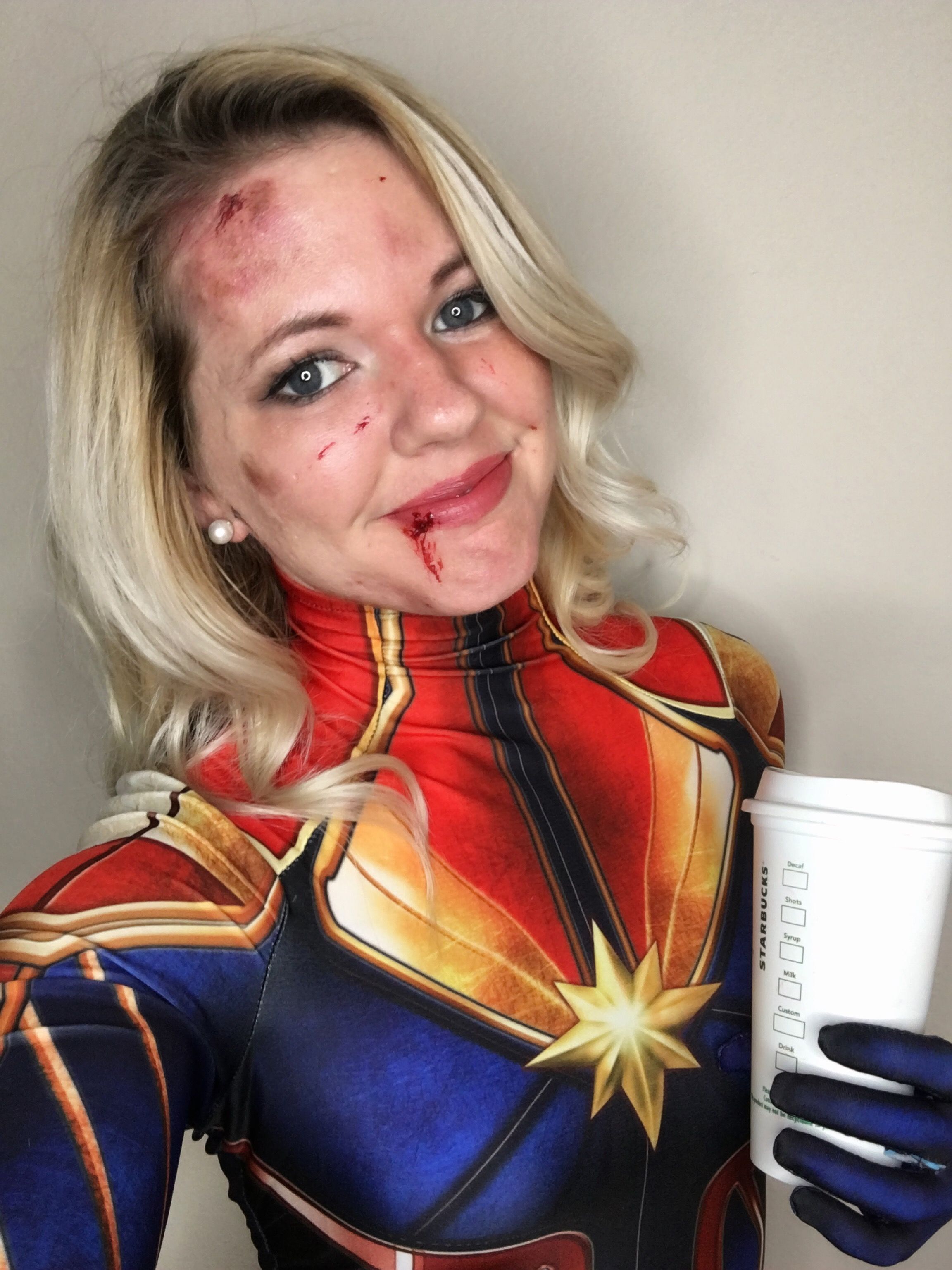 Tiffani is a writer turned cosplayer. When she's not writing, she's drinking unhealthy amounts of coffee so that she can work late into the night on her latest costume.You can find her on Instagram @cosplayandcoffeeANDYou can read about her nerdy necessities on https://cosplayandcoffee.com/