Flula Borg's Jeff the Unicorn undergoes a riveting journey in Apple TV+ and Skydance Animation's Luck. Taking place in a secret dimension in which good and bad luck are generated to be dispersed in the human world, the film highlights the true meanings of family and friendship. Banished to the Land of Bad Luck for contaminating Good Luck's realm with misfortune, Jeff works alone with his mixing machine, separated from his former lover, Babe the Dragon (Jane Fonda). When Jeff meets Sam Greenfield (Eva Noblezada), the film's chain reaction of events allows him to reunite with Babe, as his happiness is restored by the end.

Borg recently played Javelin in 2021's The Suicide Squad. While the German actor is no stranger to animated projects such as Luck, his other notable appearances include Pitch Perfect 2 and Curb Your Enthusiasm.

Screen Rant interviewed Borg, who spoke about what he loves about both Jeff and the film.

Screen Rant: How did you become involved in Luck? What interested you about the movie?

Flula Borg: Well, Skydance approached me about being in this, so I had very little to do in this way. I find that if I try to apply to things, normally no one takes me. I once tried to become an employee of In-N-Out Burger. They looked at my face and my inability to walk normal and said, "No, you are too goofy. Bye bye, try another place," so that was very nice. Number two, this is a wonderful message film. I love the idea of luck. There is good, there is bad. Is it good? Is it bad? It depends on how you look at it. Some turtlenecks look terrible if I ask someone. If I turn around and ask Tina, Tina loves my turtleneck. It's the same with luck.

Of course, you play Jeff the Unicorn. Can you describe the journey he goes on in this film?

Flula Borg: He has one of those meters, so I think it's about 82,000 steps. Oh, you mean metaphorically? Sorry. Yes, so on the journey, Jeff has a very fun journey because we're exploring a little bit of a relationship he had — without saying too many things — with Babe the Dragon, played by, oh yes, Jane Fonda. I said it, I'll say it again. Jane Fonda. It was a very wonderful time. You've got to watch the film, coming out on Apple TV+ screaming — streaming everywhere. I guess it's screaming if you turn it up very loud.

What do you think Jeff’s history with bad luck and the consequences he faces says about the society depicted in Luck and possibly the real world, as well?

Flula Borg: Woot woot! OK, this is a deep question alert. Remember, you're speaking to a man who knows five words and said them all 20 times just now. But to attempt to answer your question, yes. It says that sometimes you have to be careful about what luck is. You should still watch your step, like, you know, manholes still exist metaphorically and actually on streets. But sometimes it's OK to fall in 'cause then you find something nice like a Swiss Army Knife — which I did once. The one with the Phillips screwdriver. Very practical.

It was great to see Jeff find love again at the end of the film. Were you satisfied with where the film leaves him?

Flula Borg: Well, I'm very excited about the ending. I will tell you I already wrote a sequel. It's called Luck except there's umlauts, so it's Lück, and it's like, "Look who's talking," except this time the only thing talking aren't babies, it's just other unicorns, and we delve into Jeff's world. He's actually like The Bourne Identity. He's basically Jason Bourne but a unicorn — this isn't the sequel. He's basically a unicorn playing Jason Bourne, so he's like Jason Corn. It's very exciting and at some point, we'll do three of those and then Jeremy Renner will take over.

What’s your favorite thing about Jeff? In what way do you connect with him the most?

Flula Borg: Jeff is a, as you call it, a neat-o freak-o or whatever they say. He likes to have things not be too dirty. I'm very organized. My mind is a jumbled mess. It's a poorly-packed utility closet, metaphorically of course, but everything else is very clean in my house and I can relate to Jeff in this way. He has a nice little dust bin. He likes to make sure everything is in its proper location.

Would you live in a world without bad luck if one existed?

Flula Borg: In a world where no bad luck exists? Well, OK. I would say that we don't know what really is bad luck.  Sometimes bad luck turns into delicious luck or sometimes it turns into nothing at all. Oh no, it's going to rain, but then it doesn't rain and you're fine. Nobody knows, so I would just say put me on Earth now. I'm happy I'm alive. Feed me three to five times a day. I'm basically like those things in Gremlins before they turn into gremlins. Just feed me at the right times and I'm happy.

What do you hope audiences take away from this film?

From Apple Original Films and Skydance Animation comes the story of Sam Greenfield, the unluckiest person in the world! Suddenly finding herself in the never-before-seen Land of Luck, she must unite with the magical creatures there to turn her luck around.

Luck is now available to stream on Apple TV+. 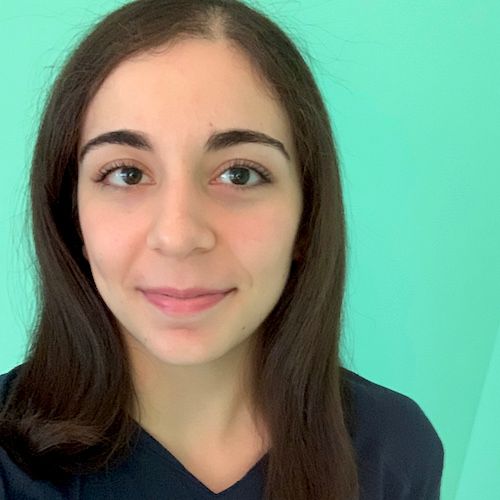 Madeline Lapreziosa writes features and interviews talent for Screen Rant, covering TV and Movies. A 2022 graduate of Penn State University, she possesses dual bachelor's degrees in print/digital journalism and French. Madeline has extensively reported on both sports and entertainment in her writing career. Outside of her love for TV and films, Madeline enjoys reading and watching soccer. Her all-time favorite works of fiction are The Expanse, The Hunger Games, and Game of Thrones.