With the recent release of Adam Sandler's new Netflix film Hustle as well as Adam McKay's new HBO series Winning Time: The Rise of the Lakers Dynasty, the sports genre in film and television is clearly alive and well.

Just like other genres in film, sports movies often follow their own formula. There tends to be an Aristotelian hero's journey as well as an underdog premise. However, another ingredient of success behind many fan favorites within this genre is that many of these stories are based on true events.

Available To Stream On Disney+

John Lee Hancock's 2002 film stars Dennis Quaid as a high school science teacher and baseball coach, who makes a bet with his students that he will pursue a professional baseball career again in exchange for more effort on the part of his players.

Related: 10 Best Movies Based On True Stories, According To Ranker

Some audience members might not be aware of this, but The Rookie is based on the story of Jim Morris, who did actually join Major League Baseball at the age of 35. He played for two seasons on the Tampa Bay Devil Rays. Although some parts were dramatized for the sake of time, Morris's story did serve as compelling source material for the movie, with Dennis Quaid being praised for his emotive performance. It would also not be the last true story by John Lee Hancock, who would later direct The Blind Side.

Available To Buy On Amazon Video

In Coach Carter, Samuel L. Jackson starred as Ken Carter, a high school basketball coach who demands academic excellence from his players in order to provide them with a chance at a promising future. The 2005 drama also featured supporting performances from Channing Tatum and Ashanti.

Jackson, who recently won an honorary Oscar, brings his usual magnetic charisma and intensity to the screen. The real Ken Carter did gain significant attention for his productive approach with student-athletes. The film is primarily based on the 1999 basketball season for the Richmond High School team (via Screen Rant).

Available To Stream On HBO Max

Ron Howard's boxing epic, starring Academy Award winners Russell Crowe and Renée Zellweger, is set during the height of the Great Depression. Cinderella Man was another true story told by Howard and Crowe, who found prior success with the Best Picture-winning film A Beautiful Mind.

Cinderella Man faithfully depicts the struggles of working-class families during the Depression, including an especially disturbing sequence set at a "Hooverville." The film also handles real-life boxer James Braddock's story with sensitivity and empathy. Even the name of the film is a faithful reference to Braddock's real nickname, which is, of course, suggestive of his rags-to-riches narrative.

Available To Stream On Netflix

Based on Michael Lewis's account of Michael Oher's journey to the NFL, The Blind Side was a surprise hit both commercially and critically (and one that ultimately won Sandra Bullock her Academy Award for Best Actress). She played Leigh Ann Tuohy, the woman who adopted Oher.

However, although The Blind Side is considered to be a commercial success (via Box Office Mojo), it didn't prove to be a hit with the audiences, with many raising the issue that Michael Oher is actually not the center of the narrative and the film is mostly a showcase for Bullock (according to ESPN, even Oher didn't like the movie). The film also veers away from Michael Lewis's source material and takes on a more traditional approach to the sports genre.

Available To Stream On STARZ

H.G. Blissinger's non-fiction book Friday Night Lights: A Town, A Team, and a Dream, published in 1990, is a true account of a Texas high school football team in the small town of Odessa and its journey to the state championship.

The sports film adaptation of Friday Night Lights, starring Billy Bob Thornton, is far less critical of the town when compared to the book upon which it is based. However, the film was a critical and commercial hit at the Box Office, spawning the even more popular television series with Kyle Chandler and Connie Britton.

A League Of Their Own

Available To Stream On Amazon Prime

Related: 13 Hidden Things Everyone Missed In A League Of Their Own

With a sharp screenplay by Lowell Ganz and Babaloo Mandel, A League of Their Own draws on the formation of the All American Girls Professional Baseball League in a film that tackles gender imbalances in sports. Unlike other films, the characters in A League of Their Own are far more fictionalized and do not bear the same names as their real-life counterparts.

Available To Stream On Hulu

Another sports film based on a book by Michael Lewis is Bennett Miller's Moneyball, starring Brad Pitt as Billy Beane, the general manager of the Oakland Athletics baseball team during the 2002 baseball season.

Moneyball stands out as a result of its witty dialogue, with the central relationship between Brad Pitt and co-star Jonah Hill also receiving a lot of praise. Pitt, who will soon be seen in the action flick Bullet Train, delivers one of his most soulful performances here, especially in the film's moving last scene that will certainly pull at the viewers' heartstrings.

Available To Stream On Netflix

David O. Russell's gritty '90s sports biopic about professional boxer Micky Ward and his tumultuous relationship with his family was an awards darling during the 2010 movie season, winning Academy Awards for Christian Bale and Melissa Leo.

What sets The Fighter apart from other sports dramas is that the focus of the film is just as much about the people surrounding the protagonist as it is about the protagonist himself. Micky and his half-brother Dicky Ecklund were also heavily involved in the making of the film, and it shows in the authenticity of the performances and in the verisimilitudinous look and feel of the movie.

Available To Stream On Disney+

One of Jerry Brookheimer's timeless productions was the football drama Remember the Titans, which saw two-time Oscar winner Denzel Washington take on the leading role of Coach Herman Boone, just a year before Washington's role in Training Day.

The film primarily focuses on Boone's efforts to integrate a racially divided team, school, and community in 1971 Virginia. Remember the Titans exemplifies what many feel-good sports movies can achieve. It sets up seemingly insurmountable obstacles, includes rousing motivational speeches, and follows a protagonist caught in a moral and professional dilemma.

Available To Buy On Amazon Video

This classic 1986 basketball film follows another small American town uniting over a high school team's journey to win a state championship. However, even if audiences have grown tired of this formula, Hoosiers was one of the first contemporary films to define and solidify this arc.

Starring Gene Hackman, Barbara Hershey, and a career-best supporting turn by Dennis Hopper, Hoosiers would be put forward as one of the greatest American sports movies ever. Although the film does take liberties from its source material, the story is partially drawn from Milan, Indiana and its high school's 1954 basketball championship triumph (via ESPN.com).

NEXT: The 10 Best Sports Movies Of All Time, According To The AFI

ShareTweetEmail The Insane Amount of Money Tom Cruise May Make From Top Gun: Maverick Related Topics About The Author 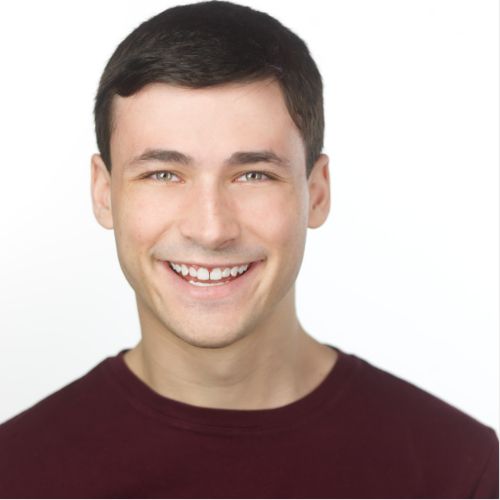 Ben Weiss is a New York-based writer, who received his MFA in Dramatic Writing from NYU Tisch School of the Arts as well as a BA from Northwestern University. He is an accomplished screenwriter and comedy writer, currently writing political sketch comedy for "Puppet Regime" on PBS. Ben has been passionate about awards shows and Nicole Kidman since he was a child.