With Amazon's The Lord of the Rings: The Rings of Power due to arrive in September of this year, there's been lots of anticipation among Tolkien fans, spurring discussion about whether or not the show will live up to expectations. Regardless of the outcome, one thing is certain and that is fans of J.R.R. Tolkien's work will always be able to enjoy Sir Peter Jackson's extraordinary film trilogy.

All three of Jackson's movies are masterful and still loved by critics and audiences alike, even 20 years later. The groundbreaking trilogy is firmly solidified as a legend in pop culture and has subsequently been referenced in tons of movies and TV shows over the years. Some allusions are cleverer than others, but all aim to honor the fantasy classic with their references. It's always great fun to spot an unexpected callback to The Lord of the Rings, and thankfully there are lots of them to enjoy.

In season five of Spongebob Squarepants, there's an episode called "Banned in Bikini Bottom" in which the Krusty Krab is shut down. The forced closure of his restaurant leads Mr. Krabs to get creative in order to continue making money. His bright idea is to secretly sell Krabby Patties in Spongebob's house.

RELATED: Lord Of The Rings - 10 Hidden Details In The Series That Redditors Spotted

In the entry of the house, there's a friendly reminder for customers written upon a banner. The message is "KEEP IT SECRET KEEP IT SAFE" which are the exact words that Gandalf utters to Frodo about the Ring in The Fellowship of the Ring. It's an unexpected and silly thing to appear in a cartoon, but fans of the Rings trilogy no doubt get a good chuckle out of it every time they see it.

After meeting with Kim Jong-un and being convinced he's just misunderstood, Skylark Tonight host Dave Skylark (James Franco) decides not to take part in Kim's assassination. Dave butts heads with his partner, Aaron (Seth Rogen), and the two of them get into a heated disagreement. Dave mentions that he once believed Aaron was the "Samwise to his Frodo" but now thinks Aaron better represents Boromir.

It's clear that in Dave's mind there are few people as bad as Boromir. The son of Denethor may have tried to take the Ring from Frodo, but he repented of it later. Most fans are able to look past Boromir's flaws and see that he is actually a good and noble man, so being compared to him isn't much of an insult. The exchange between Dave and Aaron is hilarious anyway, and a welcome mention of a few beloved characters.

When some NASA executives hold a secret meeting to formulate a plan to retrieve astronaut Mark Watney (Matt Damon), they call the gathering "Project Elrond" in honor of the council that was held in Rivendell. There's some discussion about the title and why it fits well for the meeting before the group moves on to more important matters.

One of the funnier things about the scene is that Sean Bean is part of it. He, of course, played Boromir in The Lord of the Rings: The Fellowship of the Ring. His direct participation in a discussion about the council of Elrond is a bit meta and is worthy of a smile from Rings fans.

The Shrek franchise is no stranger to paying homage to other films, and a fair number of them require a trained eye and a deep knowledge of film history. The reference to The Lord of the Rings is incredibly easy to spot, though. When Shrek has a ring made for Fiona, it looks exactly like Sauron's Ring. It even has a message that is revealed by fire, only this one reads, "I Love You."

RELATED: Lord of the Rings Meets King of the Hill In Bizarre Crossover Video

When Shrek is handed the ring after it is forged, he fumbles with it since it's too hot and sends it flying high in the air. Fiona reaches out to catch it and it lands perfectly on her finger in the same fashion it did for Frodo in The Prancing Pony. It was a magical moment for the two ogres, but for fans of Jackson's trilogy, it was a welcome acknowledgment of a classic scene.

Although the Middle-earth movies had not yet been released in the timeline Stranger Things takes place in, the main group of friends were big fans of Tolkien's books. They refer to his work at various points throughout the series, but the first one is about a forested street the boys call "Mirkwood."

The resemblance to the dark and sickly forest Legolas hails from is undoubtedly why they gave it that name. It's a great example of how kids love to pretend they live in their favorite fantasy worlds. Unfortunately for Will (Noah Schnapp) and his friends, their universe has all of the peril and none of the beautiful magic of Middle-earth, one of the greatest fantasy worlds ever created.

Jim Halpert is well known for his pranks on his fellow salesman, Dwight Schrute. In the third episode of season five, "Business Ethics," Jim takes advantage of Dwight's commitment to not have personal conversations during work hours. Standing well within earshot of Dwight, Jim openly shares a story about one of Dwight's favorite shows, Battlestar Galactica, only it's about a lot more than that.

Jim purposefully messes up the details of the show to get on Dwight's nerves, knowing he can't respond. The description Jim gives of Battlestar Galactica includes characters like Dumbledore, Lando Calrissian, and Frodo Baggins. Jim also makes a point to talk about the One Ring and Mordor, which clearly don't belong in the conversation. Watching Dwight trying not to lose his mind is exceedingly funny, but die-hard fantasy fans can understand his frustration.

In the episode of Lost called "Further Instructions," Charlie makes a sarcastic comment about how trees are great at making conversation. Monaghan is well known for his role as Meriadoc Brandybuck in The Lord of the Rings, where he and his companion Pippin (Billy Boyd) came across Treebeard, who is voiced by the excellent John Rhys-Davies.

RELATED: 10 Best Lord of the Rings Characters, According to Reddit

The short remark Charlie makes is a reference to the fact that Dominic's character Merry spent a significant chunk of The Two Towers conversing with Treebeard as they were traveling through Fangorn. It's possible the reference could have gone over the heads of some Lost viewers, but fans of The Lord of the Rings would have instantly caught on.

In episode 26 of season four, "Petergeist," John Herbert saves Chris from a violent tree that grabs Chris out of his bed. Upon confronting the tree, Herbert shouts "You shall not pass!" before striking the ground with his walker. The ground then opens up and swallows both Herbert and the tree. They plummet deep into the Earth and battle before landing in an underground pool of water.

This is an obvious callback to Gandalf's legendary fight against the Balrog at the Bridge of Khazad-dûm. The unexpected reference is undoubtedly side-splitting and one of Herbert's best moments.

The Late Show With Stephen Colbert

It's no secret that Stephen Colbert is a massive fan of The Lord of the Rings. He's made a point of talking about it at every possible opportunity. Viewers can practically see the stars in his eyes when a cast member from the trilogy appears as a guest on his show. Out of all the times he has made mention of the trilogy, there is one reference to rule them all.

Near the 20th anniversary of The Fellowship of the Ring, Colbert produced a celebration video alongside multiple The Lord of the Rings cast members. Together, they all rapped about the superiority of The Lord of the Rings trilogy, often poking fun at other movie series. They all seemed to have great fun and honored the cinematic classics in the process.

This sequel isn't the most well-respected in history, and many people haven't even seen it. Those who have watched it sometimes say it would've been better had it never been made, but if that were the case then the world would have one less enjoyable The Lord of the Rings reference.

In the opening scene of the film, there's a voiceover narration that recalls what happened in The Sandlot, done in the style of the prologue from The Fellowship of the Ring. The wording is almost exactly the same at some points. It's quite goofy and by no means saves the movie from failure, but it's an enjoyable little treat nonetheless.

NEXT: The 10 Best Friendships In The Lord Of The Rings 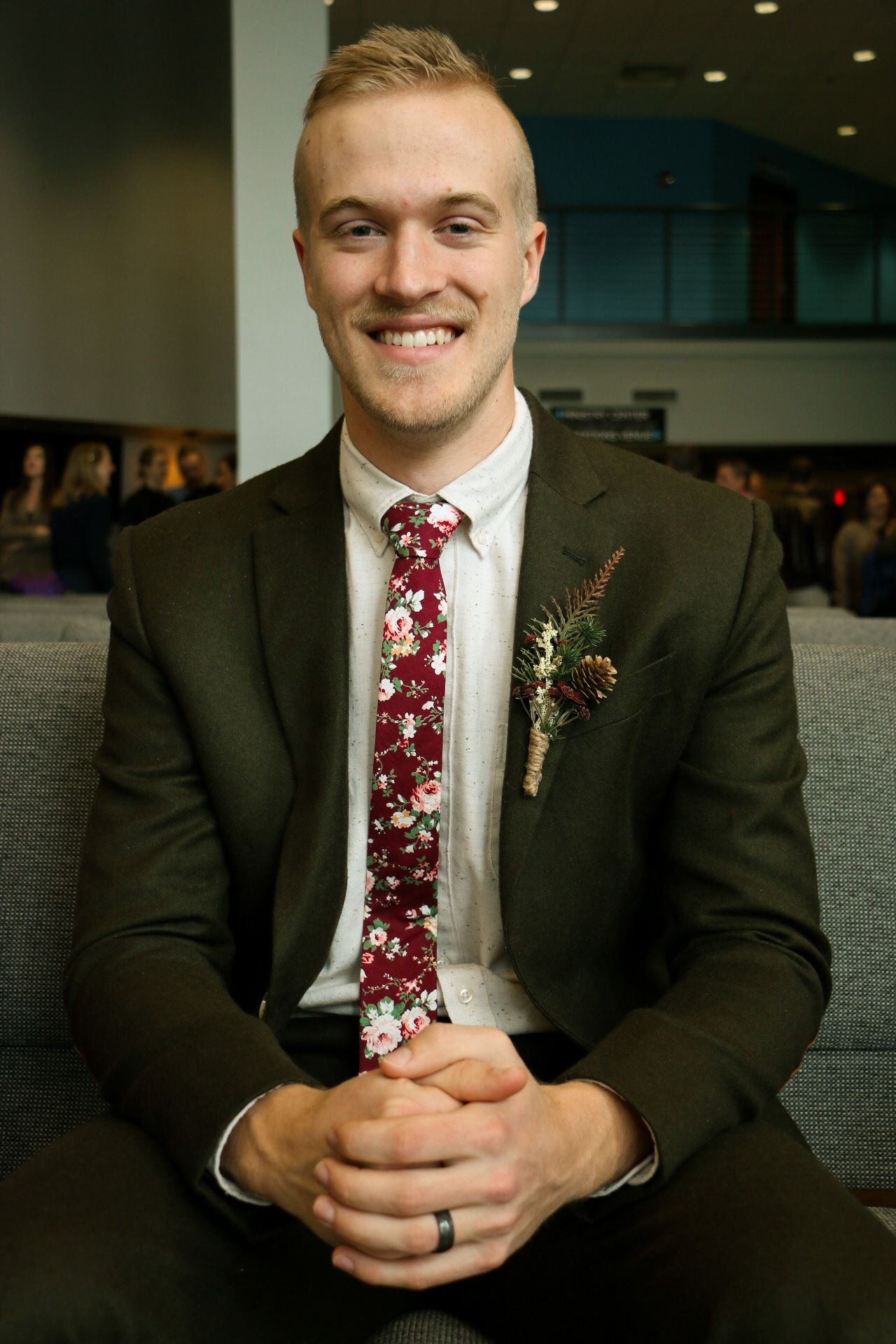 Grant Bullert is a list writer for Screen Rant and is deeply passionate about all things film. He fell in love with movies at the age of six after watching The Lord of the Rings trilogy. The Appendices that detailed the work that goes into making stories into cinema were especially interesting to him and fueled his desire to one day be a filmmaker. Currently living in the middle of nowhere in Iowa has put a hiccup in that plan, so he instead writes about film (for now).